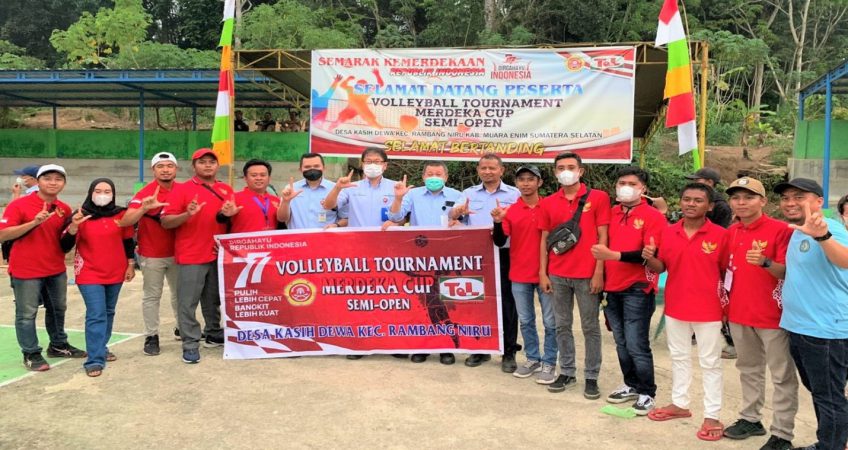 Posted by Eka Sufiatna In News

After going through a very tough match for 5 sets, for the male category, TRAVOLB from Lubuk Raman Village finally managed to beat PORTAG from Tebat Agung Village. Meanwhile in the women’s team, Putri Dewa from Panta Dewa Village (Pali) managed to beat IVOSKA from Prabumulih.

The presentation of prizes in the form of trophies and coaching money was handed over directly by the President Director of PT. TEL and representatives of the village government of Kasih Dewa. The following is the complete list of winners of the 2022 ”Merdeka Cup” volleyball tournament:

In addition, the committee also determined the Best Men’s Players, Miko Pransisko (TRAVOLB) and Alexa from the PUTRI DEWA team as the Women’s Best Players.